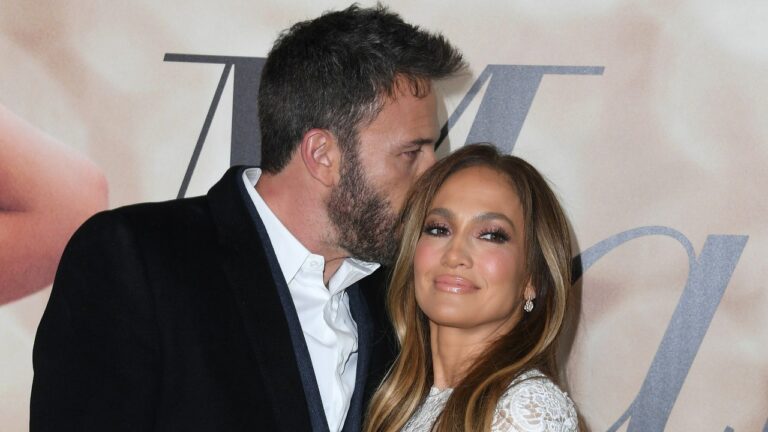 Jennifer Lopez may be playing it cool in regards to her engagement with Ben Affleck, but apparently, she’s ready to walk down the aisle as soon as possible.Now that the pair have managed to rekindle their love 20 years after their first engagement came to an end, it seems the pop star doesn’t want to waste another second. According to a source who spoke to Us Weekly, “Jennifer will tell you she’s not in a rush to get married, but her friends think otherwise. The truth is that if Ben wanted to push this forward as early as this summer, she’d be totally down with that.”While she reportedly hopes to have a big wedding, at the end of the day, what’s most important to Lopez isn’t necessarily some grand ceremony, but rather that they get “the formalities out of the way so they can start their journey as man and wife sooner rather than later.” The insider continued, “She definitely wants a spectacular celebration at some point and money won’t be an object! They’re both committed to making this work and taking all the steps necessary to respect each other’s boundaries and learn from their mistakes the last time around.”Lopez and Affleck first met on the set of their 2002 film Gigli when the singer was still married to her second husband, Cris Judd. That summer, Lopez filed for divorce and the pair began publicly dating shortly after. By November, Affleck had proposed, but the couple ultimately cancelled their September 2003 wedding due to “excessive media attention,” breaking up officially by January of the following year. Although both went on to marry and divorce other people, the pair reconnected in early 2021, buying a $50 million mansion together in March and getting engaged for a second time in April of this year.Earlier this year, Lopez also gushed to People about how Affleck has finally provided her with the love and sense of family she’s been looking for all her life. “It’s just that we’re all in a very beautiful moment,” she said. “I feel so lucky and happy and proud to be with him. It’s a beautiful love story that we got a second chance.” And this time around, she added, “We’re older, we’re smarter, we have more experience, we’re at different places in our lives, we have kids now, and we have to be very conscious of those things. We’re so protective because it is such a beautiful time for all of us. I just feel very happy and lucky to be in a relationship that’s happy and loving, and I want to do everything I can to protect that and keep it safe. It deserves that, it really does…We hold it sacred.”This article first appeared on Vanityfair.comAlso read:17 thoughts I had about Jennifer Lopez and Ben Affleck’s rumored reunion6 Jennifer Lopez + Ben Affleck theories, addressedFrom head to toe: Here’s how Jennifer Lopez looks that insanely good at 52 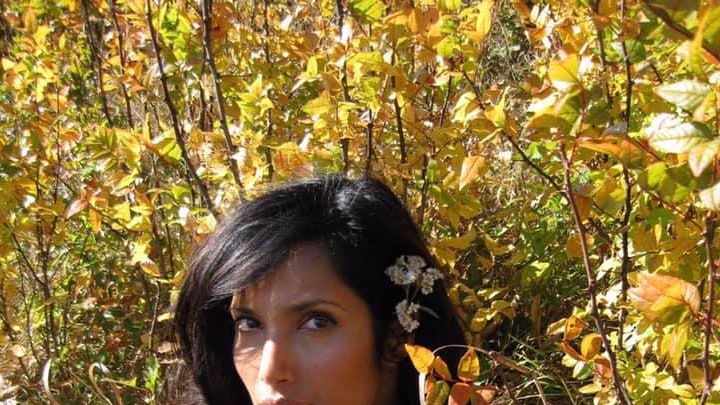 “When I’m home, I make sure that half of my diet is fruits and vegetables,” says Padma Lakshmi. “I’m 51 and I think that’s why my skin now looks good because I’ve nourished it properly.” Along with her minimum intake of 2-3 liters of water per day and the regular consumption of yogurt Lassi for gut health, it’s clear Lakshmi has an inside-out approach to beauty. “People always ask me what I put on my skin and sometimes it’s not what you put on your skin topically,” she says, “it’s really what you put in your body.”Food is also the star of her topical regimen, thanks to a DIY honey mask. “It has anti-inflammatory properties; it’s a smoothing agent and exfoliant,” she says, massaging the mask onto dry skin and gently tapping: “The suction pulls out all the impurities.” Lakshmi harvested this elixir from her own beehive, which sits nestled on her New York City terrace.As a food expert, model, and TV host, Lakshmi has spent years on camera, and she’s honed her makeup routine accordingly. She starts with a Laura Mercier primer and two shades of Armani Beauty’s Luminous Silk foundation to veil hyperpigmentation and even skin tone. “When I’m going on camera, I make sure my face is extra even but when I’m not on camera I don’t really wear that much makeup,” she says. “I try to let my skin rest.”For added coverage, she blends concealer with her fingers on her under-eye area, as well as around her mouth, chin, and forehead. She etches her brows with a Dior pencil with the help of a Zadro compact mirror, before sweeping a peachy bronze shade atop her lids. Her eye look is complete with purple eyeshadow on her lower lash line—“I love purple on brown skin; I think it actually acts as a neutral”—a subtle blue-winged eyeliner (a shade by Urban Decay that she can’t live without), and a coat of mascara.When it comes to lip color, Lakshmi reaches for matte products that won’t budge throughout a day spent eating—this time reaching for a duo by Nars and Clinique. She highlights her cheeks and Cupid’s bow (a tip from pro makeup artist Pat McGrath), then adds a soft contour, and a spritz of Tata Harper’s hydrating essence. Her homemade perfume—a blend of essential oils like neroli, geranium, rosemary, and black pepper—provides the perfect finishing touch.This article first appeared on Vogue.comAlso read:10 pictures that will take you inside Padma Lakshmi’s wardrobePadma Lakshmi: “Motherhood kept my vanity in check”The secret to Padma Lakshmi’s amazing skin is her green juice recipe