Jennifer Lopez may be playing it cool in regards to her engagement with Ben Affleck, but apparently, she’s ready to walk down the aisle as soon as possible.

Now that the pair have managed to rekindle their love 20 years after their first engagement came to an end, it seems the pop star doesn’t want to waste another second. According to a source who spoke to Us Weekly, “Jennifer will tell you she’s not in a rush to get married, but her friends think otherwise. The truth is that if Ben wanted to push this forward as early as this summer, she’d be totally down with that.”

While she reportedly hopes to have a big wedding, at the end of the day, what’s most important to Lopez isn’t necessarily some grand ceremony, but rather that they get “the formalities out of the way so they can start their journey as man and wife sooner rather than later.” The insider continued, “She definitely wants a spectacular celebration at some point and money won’t be an object! They’re both committed to making this work and taking all the steps necessary to respect each other’s boundaries and learn from their mistakes the last time around.”

Lopez and Affleck first met on the set of their 2002 film Gigli when the singer was still married to her second husband, Cris Judd. That summer, Lopez filed for divorce and the pair began publicly dating shortly after. By November, Affleck had proposed, but the couple ultimately canceled their September 2003 wedding due to “excessive media attention,” breaking up officially by January of the following year. Although both went on to marry and divorce other people, the pair reconnected in early 2021, buying a $50 million mansion together in March and getting engaged for a second time in April of this year.

Earlier this year, Lopez also gushed to People about how Affleck has finally provided her with the love and sense of family she’s been looking for all her life. “It’s just that we’re all in a very beautiful moment,” she said. “I feel so lucky and happy and proud to be with him. It’s a beautiful love story that we got a second chance.” And this time around, she added, “We’re older, we’re smarter, we have more experience, we’re at different places in our lives, we have kids now, and we have to be very conscious of those things. We’re so protective because it is such a beautiful time for all of us. I just feel very happy and lucky to be in a relationship that’s happy and loving, and I want to do everything I can to protect that and keep it safe. It deserves that, it really does…We hold it sacred.” 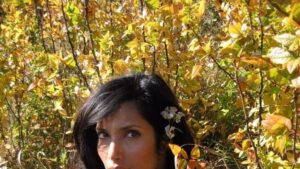 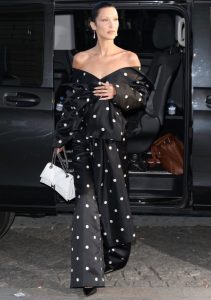 Next post Polka Dots Were Spotted on Bella Hadid, Now We’re Buying the Pattern in Bulk